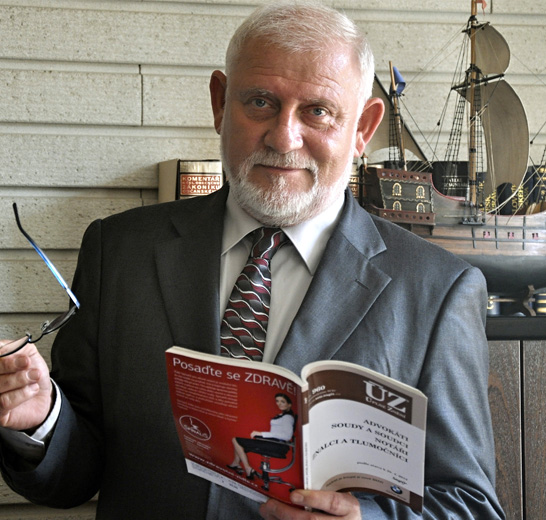 Ludvík Rösch, lawyer and partner of the Law Office, is registered at the Czech Bar Association. He finished his studies at the grammar school in Pionýrů Str. in Pilsen with final examinations in 1973 and then graduated from the Charles University in Prague, Faculty of Law, in 1978. In 1980, after passing his viva voce examination, the University granted him the academic degree JUDr. In the years 1978 – 1982 he worked as a law clerk in the Law Centre in Pilsen. In 1982, after passing his bar examinations, he started working as a senior lawyer in the Regional Bar Association in Pilsen. In 1988, he was appointed deputy for the head of the Law Centre in Pilsen. After November 1989, he was elected member of the board of the Regional Bar Association in Pilsen. In the period 1989 – 1990, he took active part in restoration of the non-socialist legal profession and, among other things, was one of the founders of the Law Office Vovsík, Rösch, Kocina & Partners, which has been doing its business in legal services successfully since then for already 25 years. Since 1990, in addition to his legal practice, JUDr. Rösch has worked virtually without interruption and still works in various expert, consultancy and advisory bodies of the Board of the City of Pilsen and of the Council of the City of Pilsen (such as the legal, heat generation, public contract granting committees, etc.), and he also has been member of the Council of the City of Pilsen for a long period of time. He also worked as a member of the civil-law committee of the Czech Bar Association in Prague. The lawyer provided and provides professional training to officers and entrepreneurs as well as to law office clerks and junior lawyers.

He is active in general practice with the following legal specialization